Sue Nov 25, 2021 07:49:53 GMT
Leads：Sterling fell to a new low for the year against the dollar on Wednesday, weighed down by Brexit woes and continued buying of the U.S. currency. But fears of a post-Brexit rupture between the European Union and Britain eased and expectations of a Bank of England interest rate hike increased, helping the pair regain momentum on Thursday.
Increased expectations of a Bank of England rate hike helped the pound bounce slightly against the dollar on Thursday after a four-day sell-off. The pair fell to its lowest level since December 2020 on Wednesday as post-Brexit concerns over the UK's relationship with the EU weighed on sterling, while strong economic data and expectations of an early tightening by the Federal Reserve pushed the dollar to a fresh 16-month high. 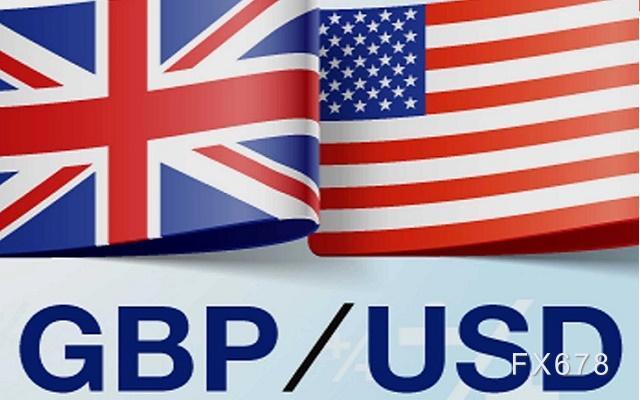 Economic data has been positive and the outbreak in Europe has fueled safe-haven demand for the DOLLAR Wednesday's preliminary REPORT on US GDP showed the us economy grew at an annualised rate of 2.1 per cent in the third quarter, beating expectations of 2.0 per cent, while weekly jobless claims fell to 199,000 from 270,000 the previous week, helping to offset a weaker than expected October durable goods orders report. Meanwhile, the headline PCE Price Index accelerated to its highest level since December 1990, while the Core PCE Price Index rose to a 30-year high in October. A slew of economic data has reinforced expectations that the Fed will take a more aggressive policy response to tame stubbornly high inflation. Minutes from the November 2-3 meeting of the Federal Open Market Committee also showed that several policymakers were open to accelerating the tapering of the bond-buying program and raising rates quickly if high inflation persisted. The dollar is well supported by the prospect of an early fed tightening. On top of that, concerns about the economic impact of rising coronavirus cases in Europe pushed the safe-haven dollar to a fresh 16-month high. The Brexit dispute has eased and expectations of a rate hike by the Bank of England are growing On the other hand, the impasse over Northern Ireland's post-Brexit arrangements and fishing rights continued to be a headwind for sterling. In the latest development, the new German government has warned Johnson of reprisals if he breaches Northern Ireland's Brexit agreement. Separately, French fishermen are reportedly planning to block British ships from entering French ports in protest at Britain's refusal to grant them more permits to operate in British territorial waters. However, gbPUSD ended flat near the lower end of its daily trading range on Wednesday, but did not follow suit and instead attracted some buying in Asia on Thursday. There are reports that Britain will delay suspending parts of its Withdrawal agreement relating to Northern Ireland as long as negotiations with the European Union remain constructive. That helped allay fears of an imminent rupture with the EU after Brexit and provided sterling bulls with much-needed respite. On top of that, growing market expectations that the Bank of England will eventually raise interest rates in December provide further support. In the absence of any major market-moving economic data, traders on Thursday will take their cue from bank of England Governor William Bailey's speech due later on Thursday. On top of that, new developments related to Brexit will affect sterling and create some meaningful trading opportunities during the US Thanksgiving holiday. Sterling/USD is facing a critical turning point as the rally faces direct resistance From a technical point of view, gbPUSD's attempted rally is likely to encounter direct resistance around the 1.3360 area, the 23.6% Fibonacci level of the recent drop. Sustained strength could trigger intraday short covering and push the currency closer to Fibonacci 38.2% around 1.3400. The latter should be a key turning point for short-term traders and a clear break should pave the way for further gains in the short term. On the other hand, GBP/USD was supported above the 1.3300 mark overnight. Any break below that level in the afternoon will be seen as a new bearish trigger. The subsequent decline has the potential to pull the pair further towards 1.3200, with some intermediate support around the 1.3265/60 area.

Know its white and keep its black, to avoid the fact that it is empty, not into the non ground, also hit cattle across the mountains